On this page you'll find all information about the topic: Cervix uteri and portio mucosa cancer – Diagnostic Chart

In addition, HH is also left lateral in the cerebellum if an archaic nesting component is present.

Ulcers of the uterine portio and cervix

Swelling of the squamous mucosa of the uterine orifice and cervix.

Bleeding from the cervical orifices or cervical ulcers. (Good sign!) Resumption of ovulation and menstruation. Collum or portio-Ca no longer impedes gravidity (pregnancy) after the pcl-phase.

Therapy: High-dose cortisone for the time after or already during the epileptoid crisis, which decides whether the patient lives or dies.

CAUTION: The cortisone injection lasts only a few hours, after which the danger may be as great again if no further injections follow. Switch to tablets.

Enlargement of the coronary veins

Ulcerative extension of the cervix, mechanical enhancement of conception in the schizophrenic constellation.

Coronary veins are also bronchial arches descendants and sensitively supplied by the cerebral cortex. Coronary veins and cervical ulcers always occur together in women. In males, there are naturally only coronary vein ulcers.

The diagnosis chart is from 2006, when Dr. Hamer prescribed the drug cortisone for pulmonary embolism and myocardial infarction. The idea was to use the cortisone’s sympathicotonic effect to prevent the patient from going into vagotonia, thus intensifying the crisis and prolonging the healing phase. Then – so was the thinking – it would be easier for the patient to return to eutony after the crisis. A flat curve is easier to manage than a sharp one.

Dr. Hamer completely abandoned the use of cortisone in pulmonary embolism and myocardial infarction. He discovered that cortisone does not have a purely sympathicotonic effect like coffee. The cortisone acts as if a conflict relapse has happened. 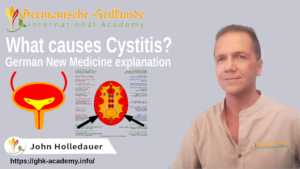 Welcome to the Germanische Heilkunde by Dr. med. Ryke Geerd Hamer. Our topic today: Beer belly. Which man does not know this typical male problem?

With the heart, we are at the classic heart attack, pulmonary embolism, circulatory failure, palpitations, atrial fibrillation, and pericardial effusion. Let’s start with the classic 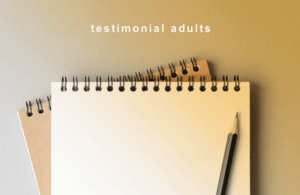 Testimonial about Hiccups for several weeks. As a therapist I have been working with German New Medicine for almost 20 years. What I experienced here

This website uses cookies to improve your experience while you navigate through the website. Out of these, the cookies that are categorized as necessary are stored on your browser as they are essential for the working of basic functionalities of the website. We also use third-party cookies that help us analyze and understand how you use this website. These cookies will be stored in your browser only with your consent. You also have the option to opt-out of these cookies. But opting out of some of these cookies may affect your browsing experience.
Necessary Always Enabled
Necessary cookies are absolutely essential for the website to function properly. These cookies ensure basic functionalities and security features of the website, anonymously.
Functional
Functional cookies help to perform certain functionalities like sharing the content of the website on social media platforms, collect feedbacks, and other third-party features.
Performance
Performance cookies are used to understand and analyze the key performance indexes of the website which helps in delivering a better user experience for the visitors.
Analytics
Analytical cookies are used to understand how visitors interact with the website. These cookies help provide information on metrics the number of visitors, bounce rate, traffic source, etc.
Advertisement
Advertisement cookies are used to provide visitors with relevant ads and marketing campaigns. These cookies track visitors across websites and collect information to provide customized ads.
Others
Other uncategorized cookies are those that are being analyzed and have not been classified into a category as yet.
SAVE & ACCEPT